Flying Heart Brewing & Pub is owned and operated by two couples who share a love for creative beer, interesting people, and Northwest Louisiana. Leah was getting ready to leave for an overseas deployment and Ben Hart needed something to occupy all his spare time. Ben and Elizabeth Pattillo were just learning to brew when they decided to make it a group activity with their new friends, Ben and Leah Hart.

After they brewed their first batch, they waited for four long weeks to try their new creation. And when the time came to tap into the brew, the group bonding activity quickly turned into an obsession. Flying Heart Brew Club was formed that same night. The moral of the story: if you want to make friends, do it with beer!

It didn't take long for the friends to drink their initial inventory, so they started brewing larger batches. They also began experimenting and creating a variety of recipes which reflected the varying flavor preferences of not only themselves, but their group of ever expanding volunteer taste testers.One night, the always ambitious Elizabeth said, "How cool would it be if we did this for a living?" And for once, her husband actually listened to her. In August 2014, Flying Heart Brewing was officially founded.

The group purchased historic Fire Station Number 6 on Barksdale Blvd. in Bossier City and began renovations to develop the location into the city's first brewery. From conversations around a fire pit to a fully operational brewery and tasting room, The Hart and Pattillo families opened the doors to Flying Heart Brewing in 2015 and have been welcoming beer lovers in ever since. Now with a staple line-up of 7 different styles and a variety of seasonal brews, Flying Heart Brewing is looking forward to what's next.

Be on the look-out for expansion plans in the near future! 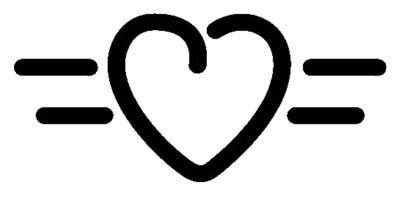 Ben Hart was born in the great northwest in the middle of hop country. He can remember his dad telling him the hop fields were where telephone poles were grown! In 1994, he was stationed at Barksdale Air Force Base and has called the area home since. After his service, he graduated from LSU Shreveport with a Bachelor's of Science in Biology. In 2003, he opened Custom Arts Dental Lab. His love of science and his business expertise make him a cornerstone to Flying Heart. Ben loves rock music, science T-shirts, and Diet Mountain Dew. His favorite brew is Black Heart.

Leah Hart grew up in North Louisiana where the weather is hot, the humidity is heavy, and the beer selection was slim. After joining the Air Force in 1998, she was stationed at several bases around the United States, and she fell in love along the way with the variety of beer she discovered. Soon enough, she had to return home to Shreveport-Bossier, where the weather was still hot, the humidity was still heavy, and the beer selection was still slim. But while she couldn''t change the weather, she did partner with her husband and friends to bring more choices to beer lovers in the area. Leah loves a night on the town, a good cup of coffee, and Adam Sandler
movies. Her favorite brew is Milk Maid Stout.

Ben Pattillo was born in the Shreveport area, but grew up in East Texas. He has a Bachelors of Science and a Master's Degree in Civil Engineering. Now he is living his dream of brewing craft beer for friends and strangers alike. Ben loves his beard, old-school rap, and a good joke. His favorite brew is Highway 80.

Elizabeth Pattillo was raised in Arkansas and East Texas and is an admitted Razorback fan. She proudly served in the United States Army as an Operating Room Technician. After her service, she ran a repo company (ask her about Roberto) until moving with Ben and their daughter to the Shreveport-Bossier City area. She earned her Bachelor's Degree in Marketing, and naturally fell into the role of Sales Siren for Flying Heart. She may not have a beard, but she knows her beer! Elizabeth loves her girlfriends, karaoke, and working out. Her favorite brew is Louisiana Amber.

We love the science, art and culture of brewing beer. Each owner brings their unique background to the table to create something special for our customers. We rotate through six staple beers and have experimented with seasonal brews.